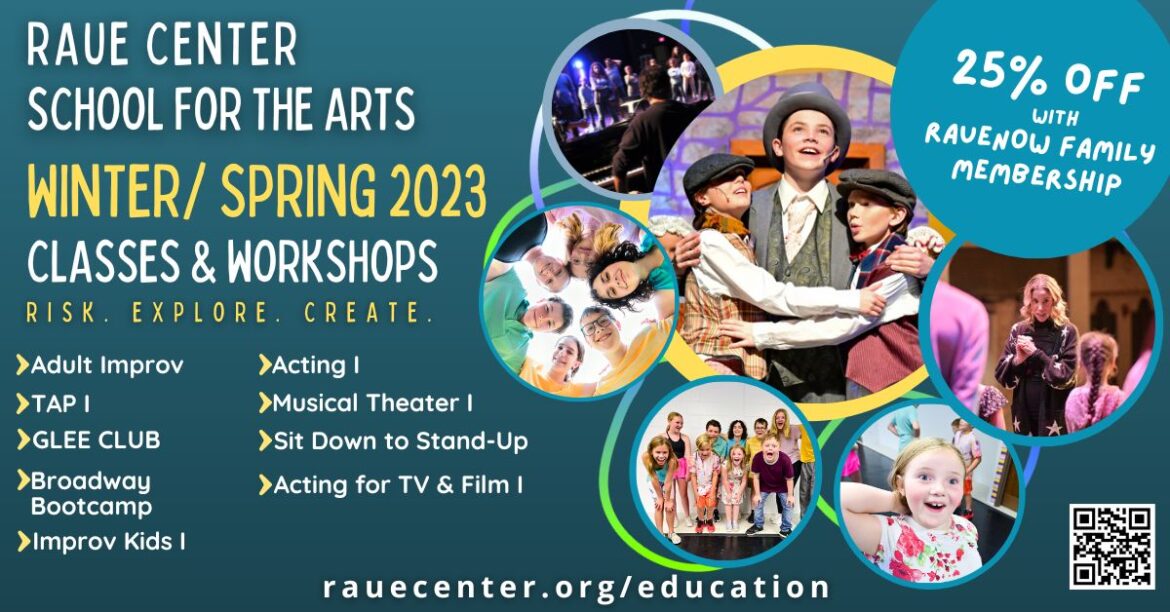 Improv Kids I for grades 5 – 8 runs February 1 – March 15 (Weds 5 to 6 pm) Students learn the same skills as the performers at Second City, Whose Line Is It Anyway?, and SNL, while building confidence and team-building. The class culminates in a demo performance at Class Showcase Night the week after the final class where they will invite you into their heads!

Adults can get in on the action too with Adult Improv, January 31 – March 14 (Tues 7:30 PM to 9:00 PM, Ages 18+) Using theater games, long- and short-form improv exercises, and the magic of “Yes, and…”, students will explore their imaginations and discover they have no limits. The class will culminate in an evening of Improv demonstration.

Sit Down to Stand-Up (February 15 – April 5  Wednesdays @ 6:30 PM – 8:30 PM) for Ages 18+ hones the skills that apply to being a better public speaker AND creating a stand-up comedy set. Learn how stories build to a genuine give and take between speaker and audience – whether you’re trying to impress in a presentation or to bring an audience to tears of laughter. The class culminates in an “Open Mic” presentation at Lucy’s Comedy! Taught by special guest teacher John DaCosse, who can be heard most mornings on the Steve Cochran Show on WLS. He has shared the stage with comics Brad Garret, Dave Chapel, George Lopez, Sabastian, Ron White, and Kevin James just to name a few.

Bring the joy of theater to the life of your youngster with Acting I (February 2 – March 16, 2023, Thursdays @ 4:30 PM – 5:30 PM. Grades 2 to 5) The basics of theater from every angle, opening them to experience the magic of being on stage. The final class culminates in a demo where the kids show their new knowledge.

Learn skills for acting and auditioning on-camera from actors who have appeared on TV shows and movies in Acting for TV and Film I (February 4 – February 25, 2023,* Saturdays @ 10:30 AM – 12:00 PM. Grades 6 to 12) Our instructors teach you the unique skills to prepare your performance for the camera. The class culminates in your own video performance to begin creating your own reel. Instructors Michele Vazquez and James Knight have appeared on prime-time television shows like Chicago Med, Chicago Fire, Chicago PD, and Person of Interest as well as national commercial spots.

Broadway Bootcamp (February 1 – March 15, 2023. Wednesdays @ 6:30 PM – 8:00 PM. Grades 5 to 8) combines all the different elements that make up Musical Theater: fully choreographed dance numbers, fully staged musical numbers with featured solos, improvised rehearsal techniques, and scene work. It is a sampling of how a full Broadway-style musical gets put together. The class culminates in a performance at the 2023 Spring Semester Showcase.

Risk. Explore. Create. Classes are enrolling now and the semester begins on January 31, 2023. Visit https://www.rauecenter.org/education/ for more information on enrollment and financial aid. For specific questions regarding enrollment, email rcsaeducation@rauecenter.org. 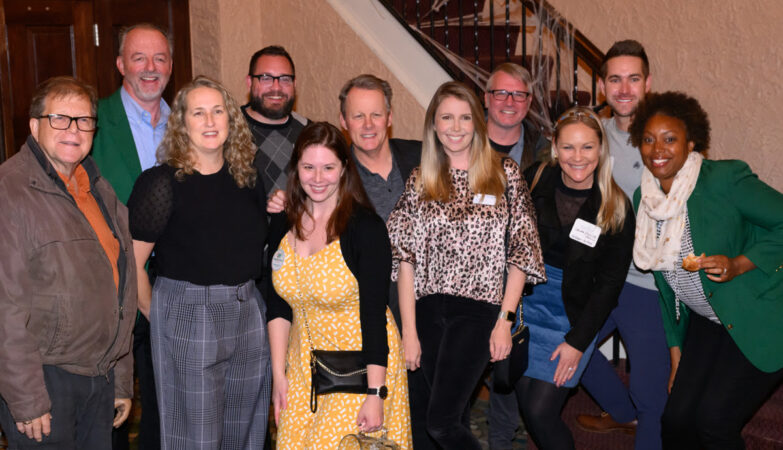 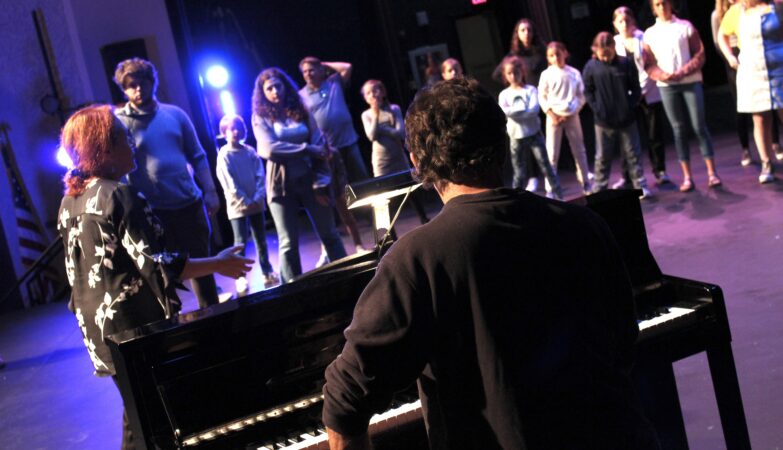 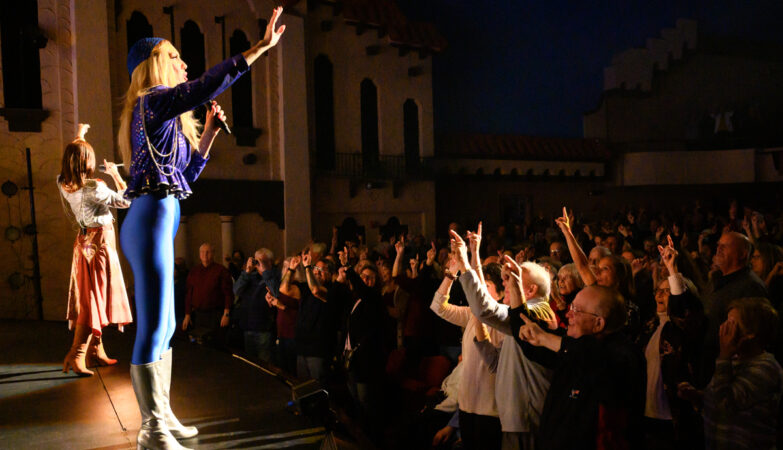 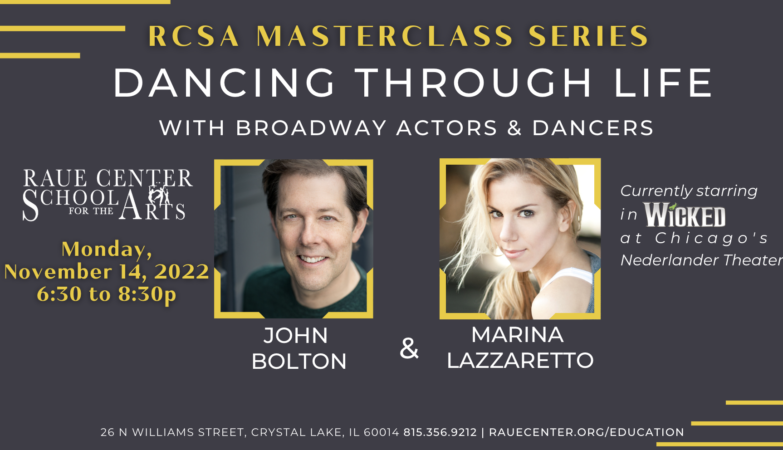 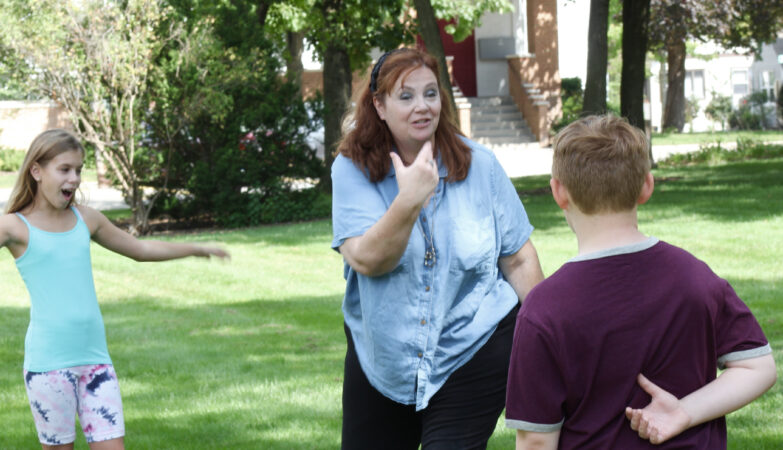